When life punches you in the face…

The Tyson come-back fight was on recently, and boy what a match it was!

In amongst the sweat and punches was a profound spiritual lesson for the holidays.

You see, Mike Tyson has had somewhat of a spiritual awakening over the past few years. He has become some sort of Zen role model and leader to the blokey blokes.

And, for someone who preaches love and light, I saw his behaviour as a little odd.

Not the whole boxing thing, that’s just a sport, but his actions within the ring.

You see, the fight was pretty good.

Both the boxers were amazing ex-Champions who brought (what’s left of) their A-game and really gave it their all.

Roy Jones Jnr and Tyson both landed some pretty decent hits on one another.

That side of him which drove m to become a world-famous, record-breaking, vicious fighter.

In fact, one particular round struck me (pardon the pun) as interesting.

It was close to the bell ringing at the end of the round.

Tyson had been dominating, however RJJ got a second wind.

Whack, he landed one on Tyson’s chin.

Whack, he landed another one on Tyson’s chin

Whack whack, he backs him up.

And what does our spiritual guru do?

He swings and lands a punch on RJJ.

That’s a little dirty, isn’t it?

And it’s a great metaphor for life.

As my handsome husband said, “It’s easy to be Zen until you get punched in the face.”

We all have days when we are in the zone.

And, we also all get punched in the face by life sometimes too. We all go through tough times.

It’s what we do when times are tough that defines us.

Spirituality, sitting in silence, listening to our intuition is all easy when times are good

But what do you do when the pressure is on and life is throwing you a curveball? Or a left hook?

So tell me, when the shit hits the fan, what important self-care and spiritual practices are the first to go out the window?

Your metaphorical ‘punch after the bell’ moment.

And, how could you show up in the good times and the bad to remain connected to yourself and a god of your own understanding. 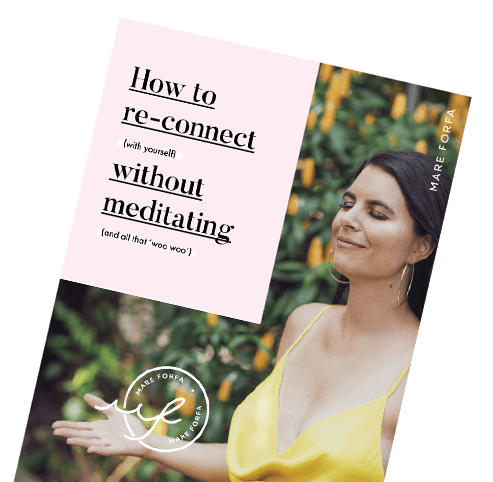